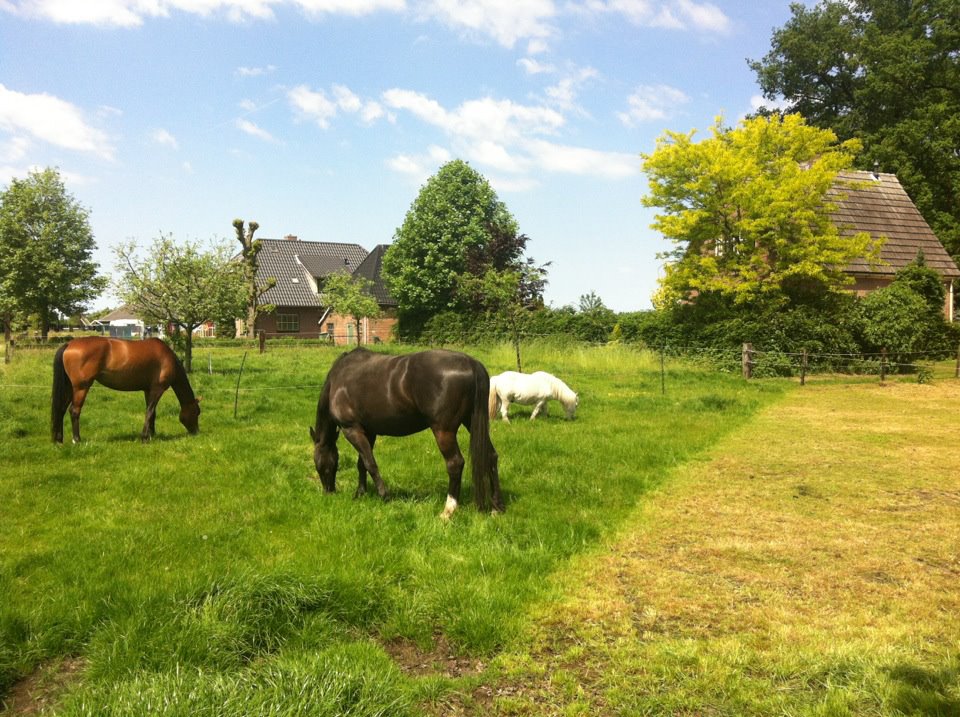 A common anti-parasitic drug used to control gastrointestinal worms in livestock has been shown to inhibit seed germination of three common grassland species. This recent study is the first to show that anthelmintics may negatively affect plant regeneration. The researchers say that treatments should be carefully timed in order to avoid the strongest impact of the drugs on germination and the consequential negative affect on grassland regeneration. Anthelmintics (anti-parasitic drugs) are commonly applied to control gastrointestinal nematodes, such as roundworms, which are a major cause of health problems in livestock including sheep and cattle. Macrocyclic lactones are commonly used anthelmintics, as they treat a broad range of parasites. There is limited resistance to these drugs, and they can be used on a variety of livestock animals with few side effects. These drugs are released into the environment through animal dung and there is evidence that non-target organisms, such as dung beetles, are negatively affected by anthelmintic residues. However, little is known about potential effects on plant species.

Many plant seeds pass through the digestive system of animals (including grazing livestock) and germinate within dung as part of seed dispersal and post-dispersal processes. As such, anthelmintics have the potential to reduce the germination success of plant species either indirectly, by having negative effects on decomposers, which include dung beetles, or due to
direct toxic effects on seedlings.

This study looked at the effects of treating sheep with the anthelmintic Cydectin and its active ingredient moxidectin on seed germination of ribwort plantain (Plantago lanceolata). The researchers fed female sheep of similar age and body weight with set portions of plantain seeds. Seven sheep were then treated with Cydectin and a further five were left untreated, to act as controls for comparison.

Laboratory germination experiments were also carried out where seeds of three common grassland species — brown knapweed (Centaurea jacea), lady’s bedstraw (Galium verum) and ribwort plantain — were exposed to different levels of Cydectin and moxidectin separately, by being placed in different strength solutions of each over a five-week period. The percentage of seedlings germinating, the mean germination time and occurrence of seedlings germinating at the same time (synchrony) were then recorded. Almost two thirds fewer plantain seedlings germinated from the dung of sheep treated with Cydectin compared to those germinated from the dung of untreated sheep. In the germination experiments, Cydectin and moxidectin also reduced the amount and synchrony of seedlings and increased the germination time for all three plant species. For example, a 10-milligram-per-litre (mg/l) concentration of Cydectin led to a 12-day delay in seed germination. These effects were stronger with Cydectin than with moxidectin, which may be due to the effects of other ingredients within the drug.

The researchers say their results provide the first proof that anthelmintics can have adverse effects on seed germination, which were tested in both laboratory and field conditions. The researchers emphasise that the effect of anthelmintics on seeds will depend on various factors, including environmental conditions, seed characteristics, livestock type and drugtreatment programmes. For example, the strongest impact of the drugs on germination is likely to occur if seeds are eaten very soon after treatment (as was the case in this study). The researchers say that limitation of seed dispersal is a major constraint to vegetation diversity in European grasslands and dispersal by mobile grazing livestock is one way of contributing to grassland restoration efforts. The researchers say that because anthelmintics may directly impair plant regeneration, further studies are needed to examine their effect under realistic grassland conditions for a broad spectrum of plant species. In addition, they recommend that livestock treated with anthelmintics should not be kept on grasslands of high conservation value, particularly soon after treatment.